ARC provided by publisher through Netgalley for a fair review.
Publish Date: October 30, 2018

Indi and his siblings are sea monster hunters. It’s a family gig, but their parents have disappeared on a trip they didn’t take them on and they are scrapping by trying to find them or the monster that probably killed them.

Oh my gosh, I wanted to like this book more. I really did. But there were so many things that sorta made me mad and then one major moment that left me bewildered. So, in the gentleness of my reviewing nature, let’s just start with the good stuff and season (see what I did there?) with the bad here and there.

First off, I would like to say, I don’t think this book is for the younger branch of YA. Definitely more on the spectrum of 15/16+ depending on maturity based on the cursing and casual sex in the book.

This book is about a guy who basically wants out of his life style but at the same time is so scared of the big world out there. He is scared of being away from his siblings. But it is told in such a unique way. It’s told through moments when he is separated from them and something so inconsequential like a cup being bitten is used to show him missing his little sister. Is it actually relevant to the plot? Absolutely not. But if you take this book with a grain of salt (haha, yeah I know) you might actually appreciate these random parts of the book. For me it was it’s only saving grace.

The part that got me so riled up early on were that things were pointed out in the book, and then changed or completely void later on. For example. Where did they get the boat they’re traveling on? At one point they say they got it with the money their parents left them, then a chapter or two later, they say they used said boat when their main boat was being worked on. Huh? Or someone would be hurt and need like stitches on their leg, they would limp around for a little bit, and then in the next chapter (maybe a day or two later) I swear they’re running around. Whattt? Or, they make a big deal of using tasers with their clothes/bodies wet and someone is shooting monsters in the water with said tasers while someone is in the freaking water?

Also the points that could drive the book forward without it droning on about them sailing around and arguing (they’re siblings, duh) are so short lived. I thought there would be more monster hunting, and there were a few scenes, but they were so short lived, that it took the excitement out of it. Don’t even get me started on the disappointment of the ending. If you’re that curious and want the spoiler, feel free to message me and I will let you know.

I loved this magical realism world where there are these kids just floating around fighting down these monsters that the rest of the human race, unless you’re a sic like them, isn’t aware of. They just give it a different explanation to the troubles out at sea. 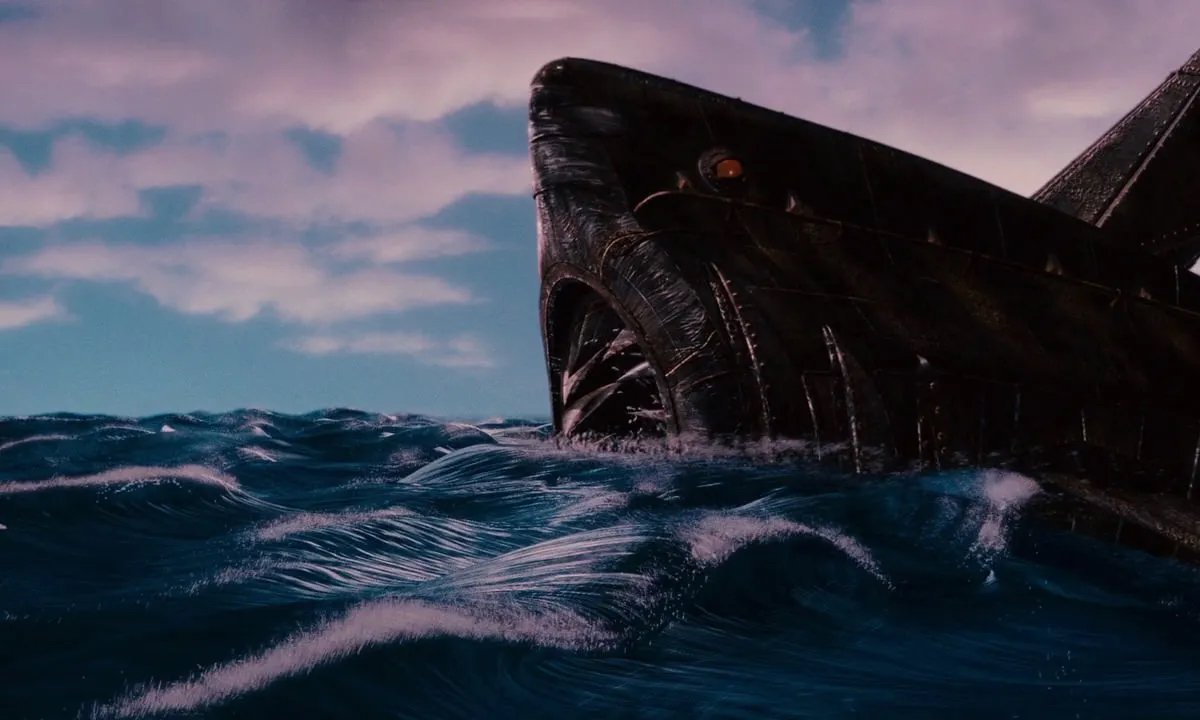 Except, I can’t even picture what these monsters look like. At one point I picture a sting ray with blades on it and sharp teeth which evolved it into the shark in the move James and the Giant Peach….and I don’t think that’s quite right. Because it definitely didn’t give off a steam punk-y sort of feel either.

Real world geography was lost on me. Okay, I know where some things are, but I am not the best at geography. In fact if you ask me any where which direction north is, it’s in front of me. As in, I am always facing north, that way *points*. So when these kids are sailing around and sea names are dropping and tiny Greek island’s names are dropping I am like…cool, but is it necessary? For such a short book, I thought that having information like this didn’t add anything to it.

I love seafaring books, I really do. Unfortunately, for me there were a lot of boat terms I didn’t know, and I wasn’t particularly in the mood to google a bunch so I had no idea what part of the boat was being referenced upon multiple occasions. I talked about this with Rae and we actually could infer a few obvious words, such a bow, stern, portside. But then there would be some obscure word that just talked about how the boat was moving and how much Indi didn’t like it. And I kept thinking, why is this important to the story? But then it clicks, this here is this guy’s life, and there are particular things that he just doesn’t like about it. But really, that’s like me saying I love driving my car, but I sure hate the smell of exhaust while I am sitting in traffic.

The 4 kids are some pretty rocking characters. My favorite part of them though was the fact that they spoke multiple languages due to their upbringing. Granted some of it is just a little bit of each, and they often spoken in a jumble of 2 or 3 languages. But it added to their character in a way that I can relate to when I am trying to speak Spanish but Japanese starts spilling out, and then I don’t know a word for either of those so I resort back to English.

The development of the characters is actually where the real story is. Moments like playing squished sardines (backwards hide and seek where one person hides, the rest try to find them and hide with them until everyone find the hiding spot – actually loved that they did this because I loved playing this game as a kid.) helped bring out the family connectedness on a small boat. Indi describes it as how he is alone on deck, but he knows where everyone is on the boat. This is where Moskowitz shines by showing the reader rather than telling the reader about the character.