Top Ten Tuesday was created by The Broke and the Bookish in June of 2010 and was moved to That Artsy Reader Girl in January of 2018. It was born of a love of lists, a love of books, and a desire to bring bookish friends together.

Before I dive into this, let me just say that I don’t actually watch a lot of TV/Movies these days, so Rae and I are going to split this week up. So, the first five are my picks, and she finishes it off with some shows I haven’t seen to pick up my slack. (That’s to say, some of the first five might be some that Rae would suggest too!)

You guys, I absolutely love this show. It’s hilarious, has great music, and is just so addicting. Somehow you end up rooting for this crazy chick, and let me just tell you, she’s crazy.

I remember when my husband was watching this, I kept walking by right at the creepy part, and thought it was a horror show. Boy was I wrong, not only does the first season has a kick ass cast, but it has an amazing sci-fi story line that makes me think of The Goonies meets Fringe. So far there are only 2 seasons, but I cant wait till the 3rd one comes out!

This show is so low key funny. It’s completely different than what I’ve seen before and is just great satire on what makes people good. Also, the characters are just so damn precious.  Eleanor has a case of mistaken identity, and even though she was an awful person when she was alive, when she died in an accident she is sent to The Good Place instead of The Bad Place.

What’s a great way to just make yourself feel better about yourself? How about watching a show about some people who do the worst things to get by and overall survive. Drinking, drugs, stealing, and every other type of shenanigan goes on in this broken family.

This Amazon Prime show follows a spy who is working in Amsterdam and sings about his spy issues during open mics at bars. I need a second season of this show. Oddly enough I really wanted to get an Adidas track suit after watching this. 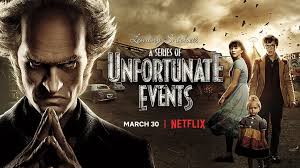 This is a favorite of mine because these books were some of my favorites growing up. I think that Neil Patrick Harris does an AMAZING job playing the evil Count Olaf, and these shows follow the books so well that I’m not sure which I like better!! 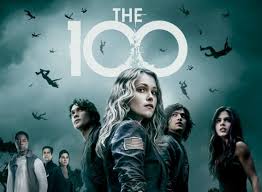 This is another book to tv show adaptation, and I think that in this strange instance, I have to admit I like this show soooo much more than the books. The tv show gives you such a broader picture of what happens to everyone in the series. This is such a cool take on the what if the world actually was decimated in a nuclear war? How would the human race survive? Guess you’ll have to watch and see! 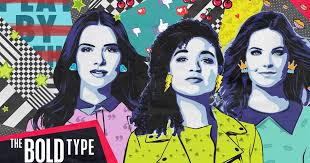 So this is a show I’m helplessly addicted to, and I have no shame about it!!! These girls are #friendshipgoals and I would kill to have friends like these. The crazy shenanigans these three get into are not only hilarious at times, but so real in the struggle to get by in a social media filled world these days. I love this show and its definitely bingeworthy! 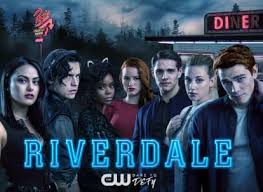 his is such a fun show! Based off of the old Archie comics, these follow loosely the plot and characters as they go through life in small town Riverdale. From masked murderers, to high school prom there isn’t much that doesn’t happen in this town. There are plenty to keep your tv binge going for a while, and still more to come so grab the popcorn and get ready for a long night with Archie and the gang! 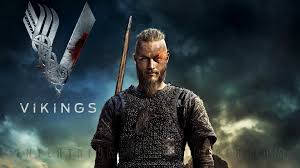 I can’t even think of bingewatching tv shows without thinking of Vikings. This show not only follows closely to the real story of the viking Ragnar. But it is filled with insane settings, HOT VIKINGS, and badass viking women to kick more ass than their husbands! I fell in love with this show a while back and make sure to have it on my DVR so I can watch them back to back. When you need to channel your inner kickass just turn on an episode of vikings and that should do the trick!

What shows are you watching? Based on our picks can you suggest something for us for when we need a break from the pages? Have you watched these shows?